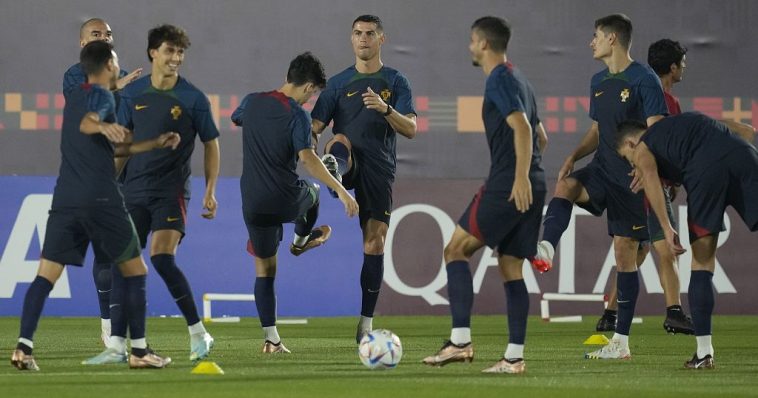 The Black stars of Ghana will face off Cristiano Ronaldo’s side Portugal on Thursday, marking its fourth appearance at the prestigious world competition.

The Ghanaian team boast of young and upcoming players who are making a first time appearance at the world arena.

The Ayew brothers are the only players who have ever played at the world cup.

The captain Andrew Ayew hopes the team will be able to upset the 2016 European champions Portugal by following on the footsteps of Saudi Arabia who were considered a weaker team.

“What Saudi Arabia has done is fantastic but we must think about ourselves. It’s no use to look at what others are doing. We have prepared well for this game and we want to win something,” Ayew said.

Portugal on the other hand will feature Cristiano who has parted ways with his club Manchester United.

The Portuguese defender Ruben Dias aspires to beat Ghana as they can pull a surprise to upset the European giants. He said their mentality is to gauge game by game.

“The only thing we have in mind at the moment is beating Ghana. If we don’t beat Ghana, everything will be different. Our philosophy in the national team is to think game by game. We genuinely believe this is the best way to build a winning journey as we all desire. Therefore, the focus is on beating Ghana and nothing else,” Dias said.

The nations have only met once, with Portugal claiming a 2-1 victory in 2014 World Cup in Brazil.

The same Thursday another group H match pitting Uruguay versus South Korea will determine the strongest teams that will move ahead of this group.