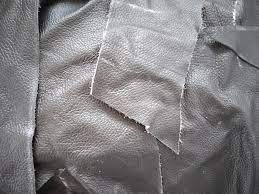 A farm wrangle at the hotly contested Mlanje Estates, outside Marondera, pitting an indigenous farmer and a number of families has opened a can of worms with documents showing that the government leased the farm to Eagle Italian Leather Company.

Zanu PF has also taken into the  piece of land, also known as Eagle Tanning, and is home to hundreds of families, mainly former workers at Eagle Tanning.

The ruling party has taken sides with  an Italian national, Francesco Marconati, heading the Eagle Italian Leather Company that is producing leather products and supplying boots to the Zimbabwe Republic Police (ZRP) and Zimbabwe National Army.

The company also exports boots to other Southern African countries.

In 2019, businessman Godfrey Gonese, returned from South Africa and claimed that he was the legal owner of Mlanje and Clifton farms before ordering occupants and Marconati to vacate.

According to a lease agreement between Marconati and the government through the Lands Ministry dated July 11, 2014, Eagle Italian Leather Company will be operating on the 220 hectare piece of land until 2024.

The lease agreement between the two parties is recorded as GL 1596 and states that Marconati will be using the land for leather and shoe production only.

“The said land shall be used solely for the purpose of carrying on the business of leather tanning and shoe manufacturing,” the lease reads in part.

According to a letter addressed to the ZRP dated January 21, 2021, signed by one A. Magwere from the Registrar of Deeds Office, the government is the sole owner of the farms.

“That deed of transfer 7727/97is for two farms namely Mlanje of Roraima Clifton of Roraima in the name of Lowveld Leather Products (Private) Limited. That Mlanje of Roraima was endorsed “Acquired by the government on August 24, 2005. That confirmation of acquisition can only be done by the Ministry of Lands who is the acquiring authority.”

Some families living at the farm were on Friday evicted by Gonese before they were told to stay put after police demanded an eviction order.

Gonese, in a statement released last week, accused government officials of fraudulently snatching the farm from him.

He claimed that he is the legal owner of the same farms after a court order granted to him by the Bulawayo High Court.

Eagle Italian Leather Company has however reported Gonese to police accusing him of forging papers to claim the farms.

Gonese is expected to appear in court this week to answer charges of both fraud and forgery.

Recently, a high powered Zanu PF delegation in Mashonaland East ordered scores of  families at the property to resist eviction.

National Housing and Social Amenities minister Daniel Garwe, who is also Zanu PF provincial chairperson and was part of the delegation, told the victims that he was going to probe how Gonese got the farms.

Garwe also ordered teachers at schools at the farm to stop paying rentals to Gonese saying the learning institutions are owned by the government.

The farm has Eagle Tanning primary and secondary schools which were established in 1979 by Belmont Leather to cater for employees’ children as well as those from nearby communities.

The schools were handed over to the government in 1981 through the Marondera Rural District Council.

The farm and factory were taken over by indigenous business people in 1987, who then leased the shoe-making factory to an Italian investor.