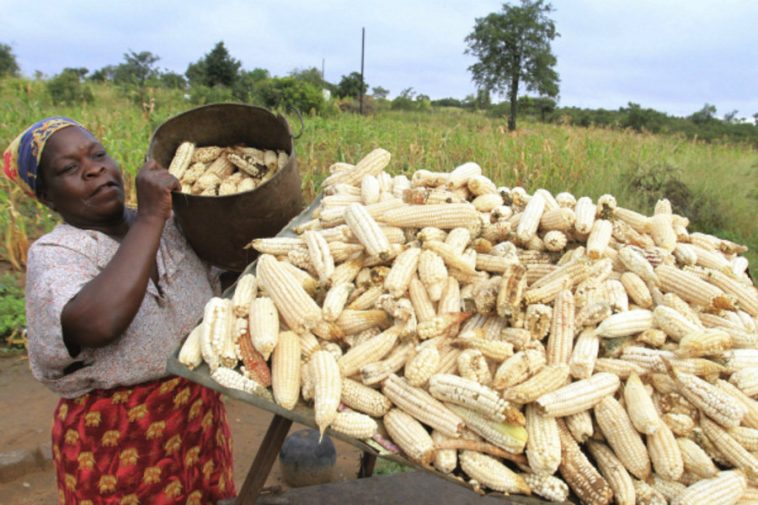 THE low rainfall amounts have caused a decline in cereal production to slightly below average level of 1.9 million tonnes in 2022, the Food and Agriculture Organisation (FAO) has predicted in its latest analysis on the country.

Harvesting of the 2022 cereal crops is underway and likely be completed early July, later than normal due to a delayed start of the rains.

“The cropping season was largely characterised by an uneven temporal distribution of rainfall, with abundant precipitation in January, followed by dry spells in the subsequent months. Total seasonal rainfall amounts were also below average in all provinces,” FAO said in a statement released Monday.

“Despite an above average planted area of 1.9 million hectares, the 2022 production of maize (the main food staple) is officially estimated at about 1.6 million tonnes, slightly below the five year average and 45 percent down from the bumper harvest in 2021. The lower output predominantly reflects the impact of unfavourable rains on yields, coupled with the effects of high temperatures.”

According to FAO the yields of other cereal crops were similarly affected by the adverse weather conditions and the 2022 outputs of sorghum and millet are estimated to be around 40% below their respective averages.

“Production of groundnuts, sweet potatoes and beans are also estimated to have declined from the high levels of the previous year and this may limit the capacity of farming households to substitute cereals in their consumption patterns.

Overall, cereal production in 2022 is pegged at 1.9 million tonnes, 4 percent below the short term average.

To compensate for the lower cereal outturn in 2022, import requirements in the 2022/23 marketing year are estimated to increase on a yearly basis. Maize imports are expected to rise to a level between 100 000 and 200 000 tonnes in 2022/23, while a drawdown in stocks, which had been built up to above average levels in the previous two years, will contribute to meet the national consumption needs.

Imports of wheat, with the domestic harvest normally accounting for about two-thirds of the national utilisation, are foreseen to fall in 2022/23 to a below average level.

The expected decline reflects a likely drawdown in domestic stocks, as well as the effects of high international wheat prices and global supply chain disruptions due to the war in Ukraine, which are likely to constrain trade options. In contrast, imports of rice, which is not produced in significant quantities in the country, are foreseen to rise to a level above the five year average, with international prices comparatively stable.

FAO added that the official monthly food inflation rate was estimated at 18% in April, with a sharp uptick compared to March’s rate of 6%.

“On a yearly basis, food prices had doubled. Although changes in the value of the national currency against the US dollar continued to be the key driver of price movements, the rising prices of foods and energy in the international market, fueled by the war in Ukraine, contributed to the recent steep increase.

“To alleviate the upward price pressure, the Government of Zimbabwe suspended the import duties on a number of food items, including rice and maize meal, for six months from mid May. In February, the government had also lifted the import ban on maize grain, amid poor harvest expectations.”