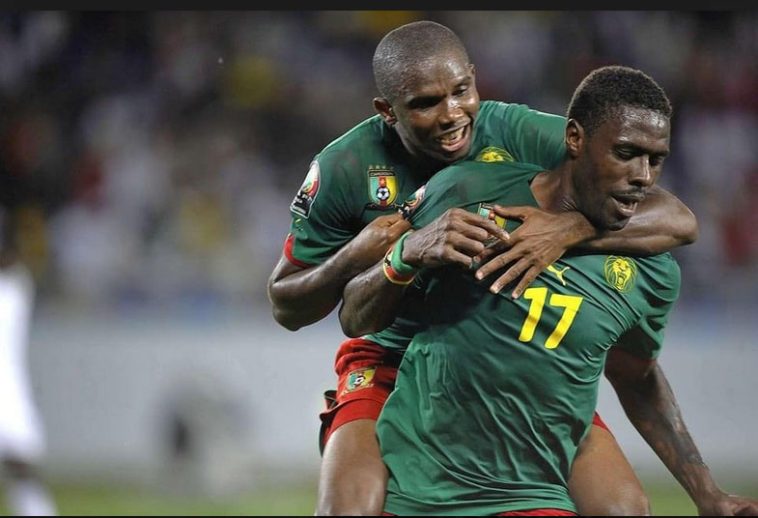 Mohamadou Idrissou did not hesitate to rebuke Samuel Eto’o after his words in the locker room to criticize the Indomitable Lions following their narrow victory (1-0) over Burundi in the AFCON 2023 qualifiers (day 2).

His virulent outburst had made the rounds on the web. Samuel Eto’o had indeed criticized the Indomitable Lions after their narrow victory over Burundi (1-0). “I am not happy. I don’t care who is in front of you. I don’t care who is in front of you, you have to do the job,” said the new president of the Football Federation. This statement did not go down well with some. This is particularly the case with Mohamadou Idrissou who expressed his displeasure, following the outburst of Samuel Eto’o. “Samuel, I’m happy that he is president of the Fecafoot. But I am against what he said (after the match). The team is winning and you are not happy … What do we want: the victory or the way it comes?” said the former Indomitable striker, in an interview with whistleblower Paul Chouta.

“After a match, the only person who should talk to the players is the coach. There is a way to talk to people who have just finished a match,” Idrissou added. “Samuel was a great player, we respect him. But you don’t talk to players like that after a match. I didn’t like that. When I see the coach Rigobert Song and Patrick Mboma, Bill Tchato who are behind him when he speaks. And he says he knows what prevented him from winning the World Cup. He didn’t have a squad but he had great players. You can’t disrespect people. The team is not just one player,” the former Hannover striker continued.

Mohamadou Idrissou believes that the new president of Fecafoot is indeed taking too much space that does not belong to him. “What irritated me with Samuel was when he said he had good players but not a good group. Let him tell us why he didn’t win the World Cup. We were in the team” Idrissou said.

The latter is very upset about the way Samuel Eto’o is now handling the affairs of Cameroonian football. “Samuel must let people do their job. He is the president, he does not need to blackmail the players. And even if he wants to talk to the players, it is not in front of the cameras. It’s a lack of respect. When he was playing, could the president of Fécafoot at the time stand up and talk to us in the dressing room? Samuel was the first to stand up and say: “No, we don’t talk to the players in this way”. When Samuel says “me, me, me”, it’s not normal. This is not Samuel Eto’o’s national team. He should say ‘we’;”