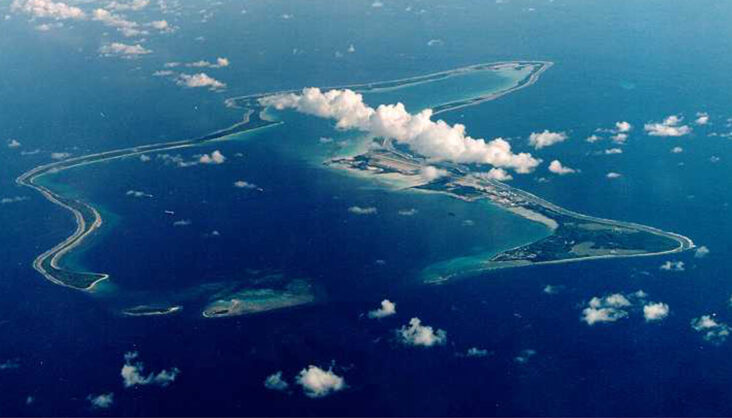 Britain and Mauritius have begun talks on the sovereignty of the disputed Chagos archipelago, the Mauritian prime minister announced Sunday.

Mauritius claims the remote archipelago in the Indian Ocean in full but it is administered by Britain, which has a joint military base there with the United States.

“The latest developments on the Chagos issue are very encouraging. Negotiations between Mauritius and Britain have begun,” Prime Minister Pravind Jugnauth said in a New Year address.

In November 2022, UK Foreign Secretary James Cleverly said in a written ministerial statement that the countries “have decided to begin negotiations on the exercise of sovereignty over the British Indian Ocean Territory / Chagos Archipelago”.

He said they had agreed to hold “constructive negotiations” and hope to reach an agreement early next year.

That followed a meeting in September between the countries’ prime ministers at the United Nations General Assembly.

Cleverly said the UK intends to “resolve all outstanding issues, including those relating to the former inhabitants of the Chagos Archipelago”.

The countries agreed that a joint UK and US military base on Diego Garcia, the largest of the isles, will continue to operate whatever the results of the talks, the minister said.

In 1965, Britain decided to separate the islands from Mauritius and set up a military base there.

Mauritius, which became an independent Commonwealth country in 1968, has long fought to return the archipelago to its territory and has gained international support for its cause.

A 2019 International Court of Justice ruling backed the claim by Mauritius and said Britain should give up control of the islands.

Later that year, the UN General Assembly overwhelmingly voted in favour of a resolution recognising that “the Chagos Archipelago forms an integral part of the territory of Mauritius” and recommending Britain withdraw within six months.

Britain, some 9,500 kilometres (5,900 miles) to the west from Chagos, has insisted the islands belong to London and refused to leave.

We believe that Africa is poorly represented, and badly under-estimated. Beyond the vast opportunity manifest in African markets, we highlight people who make a difference; leaders turning the tide, youth driving change, and an indefatigable business community. That is what we believe will change the continent, and that is what we report on. With hard-hitting investigations, innovative analysis and deep dives into countries and sectors, The Africa Report delivers the insight you need.