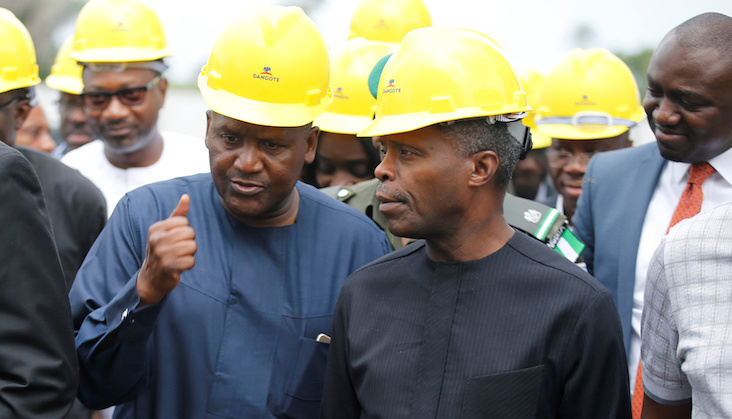 Oil prices soared above $105 per barrel for the first time since 2014, jumping more than 9% as Russia attacked sites across Ukraine, triggering fears that energy exports could be disrupted at the time the world is already experiencing a scarcity.

Already, concern over Russian gas supply to Europe has seen the European Commission make moves to seek additional gas deliveries from alternative suppliers including Nigeria over the last few weeks. Russia is Europe’s biggest supplier of gas, crude oil and coal, meeting about 38% of European Union demand in 2020, according to the most recent official data.

Margrethe Vestager, EU’s Executive Vice President met with Nigerian Vice-President Yemi Osinbajo on 14 February in Abuja, as the EU considers “all options” for increasing gas supply from the latter.

“The importance of the energy relationship between Nigeria and the EU featured, while consideration of all options for increased supply of LNG from Nigeria to the EU was agreed to, following a request from the EU,” Vice-President Osinbajo said in a statement. “A technical meeting on this will be convened shortly…We are relieved to hear of the EU’s support on gas as a transition fuel. It’s some bit of relief,” he added.

Europe is one of the main importers of Nigeria’s LNG importing 54% of LNG produced, says Ese Osamwonyi, a senior energy analyst at Lagos-based SBM Intelligence. “The EU is likely to increase its supply request from Nigeria by 10-15% as other key LNG suppliers are currently supplying at their maximum capacity to the EU. Norway, Europe’s largest supplier, is currently supplying at maximum capacity. However, this is subject to Nigeria’s supply capacity.”