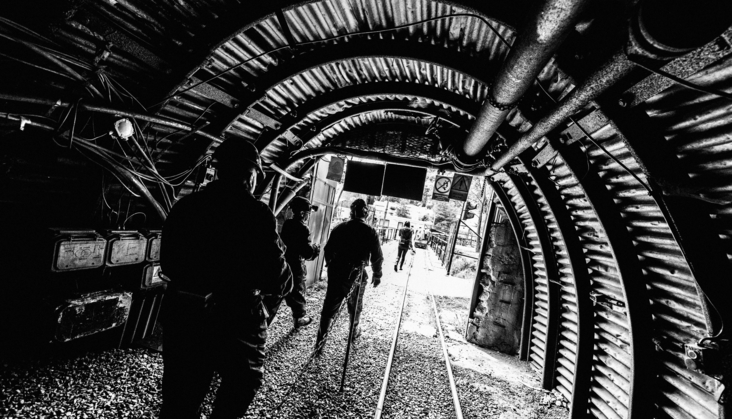 As graphite takes the commodities world by storm, Mozambique hopes to capitalise on its vast, high-quality deposits and use them to help to turn its economy around. The government is counting on mining to help get the economy running again after it borrowed $2bn for dubious purposes (see TAR101, June 2018). It is seeking to profit both mining a polutant (coal) and the race to develop sustainable and renewable energy sources.

The mineral graphite – a form of coal – is used in lithium-ion batteries, which power mobile phones, portable electronics and, increasingly, green vehicles. Electric cars are cheaper to run than hydrocarbon-powered vehicles and have been proven to reduce carbon emissions. The likes of Tesla, BMW and Toyota are already producing low-­emission cars, and demand is due to soar: according to the International Energy Agency, demand for greener cars will rise to around 125m in 2030 from 3.1m in 2017.

Most of the country’s graphite is found in Cabo Delgado, one of the country’s northern-most provinces. Mining companies have flocked to the region to take advantage of Mozambique’s rich deposits. Australian companies dominate the sector. Triton Minerals, Mustang Resources, Battery Minerals and Syrah Resources are four of the main companies and all are listed on the Australian Stock Exchange.

Syrah officially opened its Balama mine, which is about 200km west of the city of Pemba, in April of 2018. But a fire in its processing equipment in October set production back by five weeks, reducing fourth-quarter estimates to 30-35 kilotonnes.

Graphite mining companies in Mozambique are quick to dismiss any concerns about investor confidence in emerging markets. “The [equity] markets have suffered the world over, but we look at this as a long-term infrastructure ­investment in any case,” says David Flanagan, managing director at Battery Minerals. “The graphite industry will be a bright spot for Mozambique,” he says.

Battery Minerals owns licences for deposits at Montepuez and Balama, but does not yet have the funds to develop them. Graphite is not the only attraction, and the firm estimates that it also has $10bn worth of vanadium, a metal used in making steel alloys, on its acreage.

The timing of the mining boom could not be better for the Maputo government, not just because demand for graphite it set to triple over the next 10 years, but because it could be a major boon for the economy, which has lost the confidence of international investors and donors alike.

In 2015, while the Mozambican authorities began restructuring a loan from Credit Suisse and Russian bank VTB to fund the development of the fishing industry and other opaque projects two years earlier, officials discovered $2bn – 17.5% of GDP – in undisclosed debt. Mozambique’s attorney general appointed international investigator Kroll to probe government officials and companies embroiled in the mess. Today, some of the debt is still unaccounted for.

After the revelation, investors reeled, donor aid froze and Mozambique defaulted on its external debt. The government has amassed $710m of arrears so far, and the International Monetary Fund predicts that Mozambique will continue to default until 2023. According to data compiled by Mozambique’s central bank, foreign direct investment in the extractive industries fell from $2.2bn in 2015 to $1.3bn in 2017. “But we do expect a pick-up in the short term,” says Victor Lopes, senior economist for sub-Saharan Africa at Standard Chartered.

Meanwhile, real GDP growth decelerated to 3.8% in 2016 and 3.7% in 2017 from 6.6% in 2015, marking the country’s worst econ­omic growth performance in over two decades. “Slow growth came despite a sharp rise in aluminium and coal exports, which account for 55% of total exports in the first half of 2018,” says Tiago Dionisio, assistant director at Eaglestone, a financial advisory company with an interest in emerging markets. “These exports couldn’t counter the impact of softer demand from both the private and public sectors, softer investment levels and high cost of credit,” he says.
But investors have short-term memories. While development finance institutions may have withdrawn from Mozambique in a bid to teach the indebted country a lesson, portfolio investors by and large have flocked back to take advantage of opportunities that still exist in the country – including those in graphite and the wider mining sector. “Investors look at the sector or commodity that they are interested in, not just sovereign risk, and then they will take the necessary steps to mitigate against these risks,” says Christopher McKee, chief executive officer at PRS Group, a country risk rating company. “The graphite sector in Mozambique may well succeed.” He adds: “Moreover, it’s like the age-old adage: the safest place to be after a terrorist attack happens is where it occurred, so investors will go back.”

Increased interest comes with softer political policies towards the mining sector. “Graphite mining in Mozambique is a much more appealing prospect compared with some others in the region,” says Triton Minerals’ managing director Peter Canterbury. “For instance, we have full ownership over the mines and we are able to repatriate all profits from them. In Tanzania, on the other hand, the government requires a 16% share of all mines. Despite the problems we find in Mozambique, it’s a much more attractive prospect.”

Triton is working on its Ancuabe mine, which will cost an estimated $99.4m to construct. Once fully operational, it should produce 60,000tn of graphite per year. The government imposes a 32% corporate tax and takes 3% in royalties. “There’s a five-year exception from import duty and a positive capital allowance scheme for 10 years, which takes corporate tax levels closer to 25%,” says Canterbury.

“Governments tend to be less aggressive in terms of economic rent when the commodity cycle is at a low point or after some disruptive event, such as a default,” says McKee. “It’s the natural ­cycle employed by governments to attract much-needed capital in times of stress. It has to be business as usual for them to survive and the graphite sector – as well as mining in general – has the potential to plug some of the government’s debt.”